ALICE SIGNAL FIRES have performed at various gigs over the last year, such as supporting James Downey at Scholars and The Sound Monkeys on tour at Bar46. 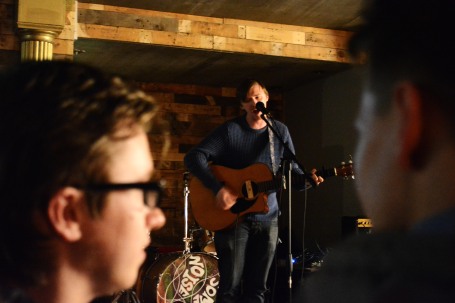 Since which, they have released a new album “Push To Self Destruct”, with some amazing songs including the capturing single “Hot Air Balloons”. Now with a bit of time passing, I had to find out more and finally get an RM film session done.

Hiya Dec. How did you decide on this album name?
“The name “Push to Self Destruct” came from the same place that a lot of my ideas and lyrics come from. What I tend to is think of a word or phrase I like and let it go through the creative process. So on my phone or in notebooks, I’ll have 100’s of entries of these little phrases or words. Then later I’ll group the phrases together and edit them until the lyrics feel a bit more linear and fit the melody line. So for this album, the themes are all about self destruction, mental illness, teenage experiences (like drinking, house parties, the stupid drama) and so on. I just liked the idea of bringing that all together with a sort of cartoonist/action movie “self destruct button”. “Push this to self destruct”, “push me and I’ll self destruct”.

Wow, big notebook needed then. Aha. I watched “Red” recently. Was mental awareness a big inspiration?
“Yeah, in a lot of ways! It’s a mixed bag for me I think though. Looking after your mental health is so, so important but I also hate the sort of “clickbait” articles that manipulate a lot of people, especially teens. I made the music video for Red based on a fake YouTube channel called “WellRedPlanet”, which was a sort of satire/parody of these clickbait sites. “Take this quiz to see how many mental illnesses you have”, etc. It really bothers me that they’re okay with making money off of serious problems that people have, y’know?”

Ah right yeah totally agree. So what’s “Postcards” about then?
“”Postcards” kicks the album off with a lot of imagery and themes that are brought up later. Mainly though, the song has two ideas coming together. The first is the garden of Eden, first man and woman in the Bible, feeling like the world was made for just them two. The other is based on these two verses written by Plato about Cleombrotus who sort of craves eternal happiness now so he throws himself off of a cliff in order to reach heaven. Again this kicks off the album to self destructive themes.” 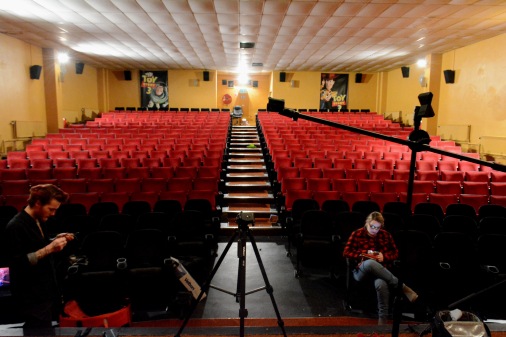 Cool, so why did you decide on this one for filming?
“Eh, honestly because it’s been my favourite to sing and play acoustically recently haha. The acoustic version has a different flavour to the recorded version so I thought it would be cool to have a recording of it!”

Wicked. How’d you find filming with Will Hardman and Luke Docherty?
“It was really great actually. The guys who filmed it, I’ve met them a few times from gigs around Aberystwyth etc. They had that great mix of professional but yet easy going!”

Yeah they where on it ey. What about the Commodore Cinema then? A fun stage?
“Oh definitely! I’d actually been thinking of doing something in the cinema and then by sheer coincidence you (Emily) suggested filming in there! They were super accommodating and gave us loads of time to get all the shots we wanted.”

No way, had been on my to do list for while too. Aha. What’s next on the list then?
“The million pound question. Probably just what I’m already doing but more and better. I think I’ll be making music well into my old age so might as well just get on with it. Recently, I’ve been doing a lot more collaborative stuff, like soundtracks/sound design for films and stuff that’s out of comfort zone like making hip-hop. I think I’m going to try and put another Alice Signal Fires album out in the next year or two but that’s a bit ambitious!”

Keep going you must! Any encouraging words for others?
“What a wholesome way to end this interview. Eh, I think you just gotta realise you’re doing this for the process and not the final product. I mean, of course I’m proud of the finished albums I’ve made and whatnot, but that’s not why I made it in the first place. The thrill for me is spending hours getting the mix to sound right, or fixing that lyric that didn’t make sense or trying to write a harmony line. Then, when it’s out there and someone says they like your stuff, then that’s a bonus y’know? Just focus on being happy and stop worrying if it’s good enough!” 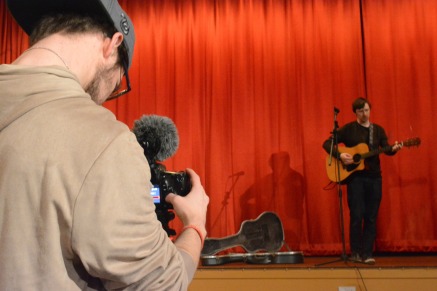 Well, it is amazing to think of the effort put in to “Push To Self Destruct” from working out the albums name, adding all the layers to each song along with sharing views of things done for the wrong reasons. In each track, I feel there is a depth of various instruments integrated and his vocals add great ambience. With “Postcards”  in Decs words “the opener of the album,” that “starts with garden of Eden imagery”, is powerful from the start, with various layers and strong words. Was definitely different acoustically at the Cinema, so be great to see the final track. 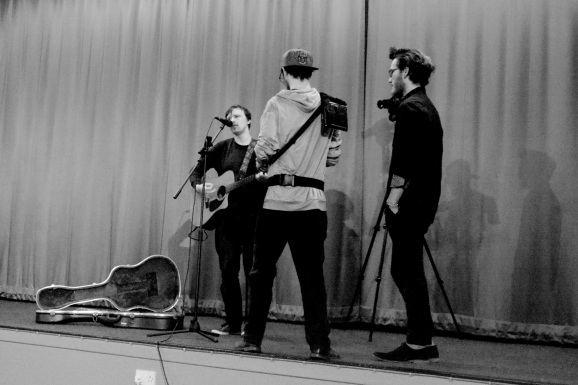 Will Hardman and Luke Docherty, who undertook the filming seemed to enjoy themselves too. Will says “It was good fun! With this like of work you are put into the position of the voyeur, so with the performance taking place in a cinema where all that goes on is observation, the atmosphere and tone of the shoot and final project was clearly established and successfully translated.” Totally agree. I mean, just getting to use the stage like screen area was amazing! To see all the seats and popcorn about the place made me laugh, reminiscing of some great films seen there, with the old school vibe.
So yeah with all the pieces put together here it is! Go on, have a watch, listen, like and share sesh!!

Thanks ever so. Hope you enjoyed. Up next week we have James Downey and his latest! 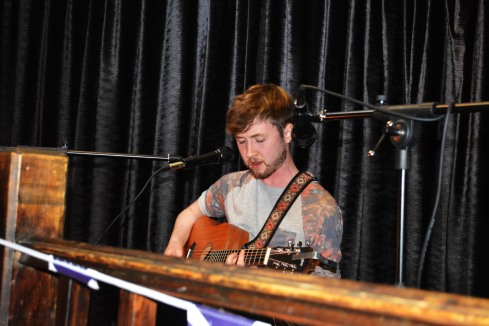