Louise and The Feathers. After a couple of jams of amazing guitar and a gig in Carmarthen, we spoke of the future.
Him saying about his album “Bread Rolls” (released March 2017) I had to have a listen and felt completely taken back, so decided to buy it. I especially fell for the last one “Effortlessly Sleep”, which has a great film on YouTube too. Then spotted that “Feelin’ Feline” was shared by BBC Radio Wales on The Adam Walton Show, so all has definitely gone down well! Since which, he’s mentioned a label opportunity and getting an EP out, so no more time wasted. Let’s see how he has been getting on!

Heya, some great songs out mate. What inspired you when writing them?
“Usually I just pick up an instrument and fuck about, sometimes I get lucky and a song falls to place. I tend to write in bulk, fast; short little dittys with a similar structure, but sometimes I like to throw the odd middle 8 or solo just to spice things up a lil’.”

Nice one! How did you go about recording them?
“I record everything on my own in an attic. I use a sort of makeshift Analog/Digital hybrid setup to

capture my sound. Certain tracks such as drums and vocals I will often always record through a digi interface and then route it into a 4 track tascam; guitars, bass and keyboards will either get recorded directly into the tascam or receive the same digi to 4 track treatment, depending on how much effort I feel like putting in. I record almost instantly after I write a song, otherwise I’ll likely forget.”

Wow fair play! Is a film going to come soon at all?
“Probably! I’m planning on releasing a little Banjo number on my next EP so maybe I’ll make some sort of country style video – gives me a reason to get my cowboy hat and tassles out.”

Go on, country for the win! I saw you posted a while back about getting signed by a label. Is this still occurring?
“Yep. I’m planning on releasing my next EP through CIgar City MGMT sometime this year.”

Awesome. Exciting times then. Any plans to go for it on the gig front?
“I would love to, but I do feel that I would need a band to accompany me. In this small town it can be hard to find folk willing to commit. Hopefully in the future.”

Know what ya mean. Do you have any acts that inspire you?
“Loads, but I guess my main big five would be The Pixies, Guided By Voices, The Smiths, R.E.M and The Doors. Oh and Bob Dylan of course.”

Aha brilliant! Am so glad Sonny Pursall has got a new single out and more to come with CIgar City Management! After a listen to “Twenty Threeish” EP I am loving the various instruments that create awesome levels and depth. Swimmin’ making me want to get all the more jiggy with it. Up beat moments throughout, with the power of instruments and amazing vocals especially during the choruses. Throughout a quirky vibe, so can’t wait to hear more! Keep going SP!

Sorry I missed a week, have been out practising the drums for PYGMALION @ Aberystwyth Arts Centre! Next weeks act to be arranged. Watch this space. 😀 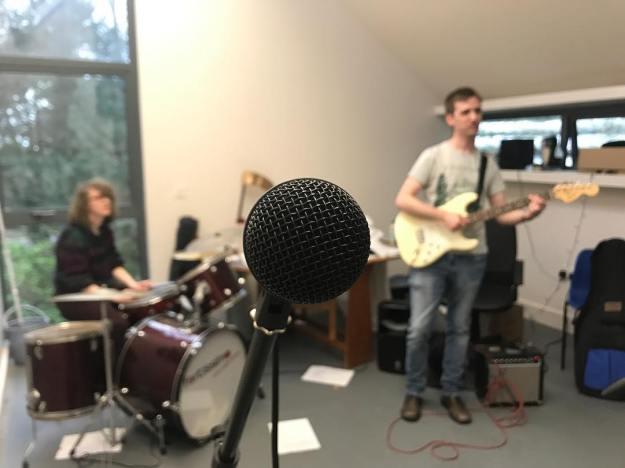